What We Know About Next Season's Arsenal Kits

This week we have been given fresh updates regarding a couple of next season's Arsenal kits, so I thought I would take a little look at what we can expect from Adidas based on reported leaks via the very reliable Footy Headlines. 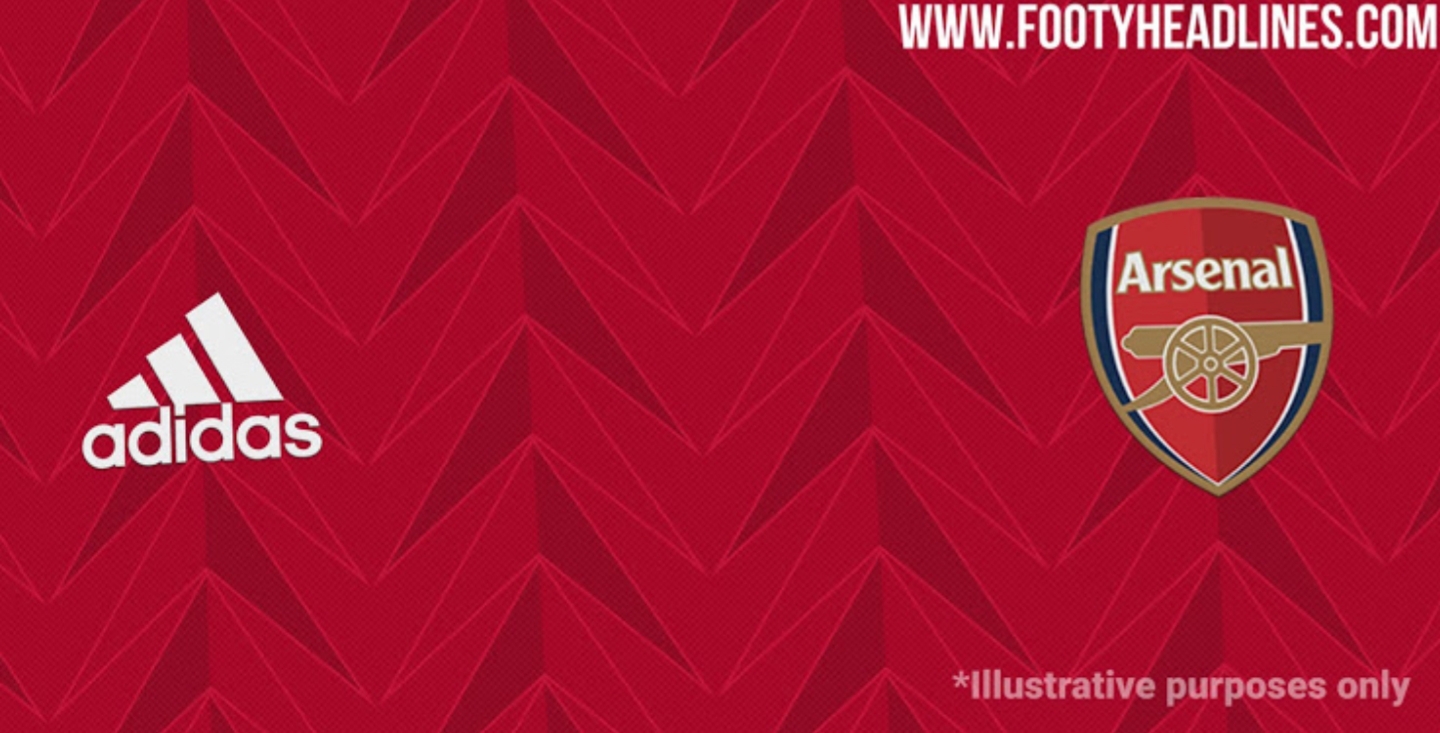 Footy Headlines: 'The Arsenal 2020-21 home shirt will feature a darker shade of red while keeping the club's traditional look of a red body and white sleeves. A subtle pattern print will appear on the red parts of the Arsenal 20-21 home jersey, while a gold stylized gun graphic is set to be included on the back neck.'

I really like the sound of this. It may not be as dark as the 2005-06 home kit, but I'm sure it will bring back some memories. It will also be a change from this season's shirt too of course, which is good to have now and again.

I'm also a big fan of the pattern which we can see, it's modern and it adds something a bit different I feel, something that we haven't seen too often on an Arsenal home shirt. I'm glad the gold cannon is returning, it will most likely be quite simple but it's always been a nice touch to have on our home jerseys. 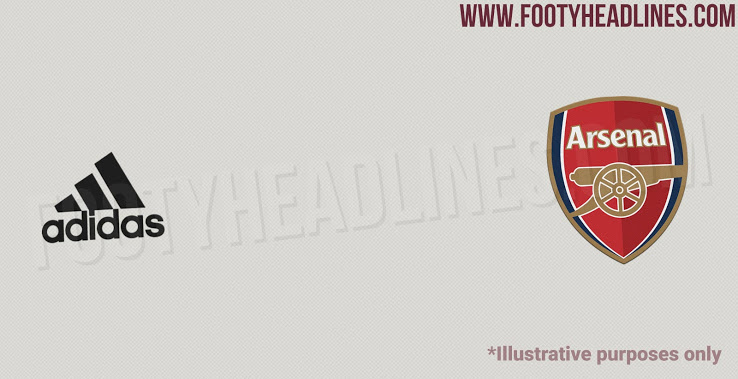 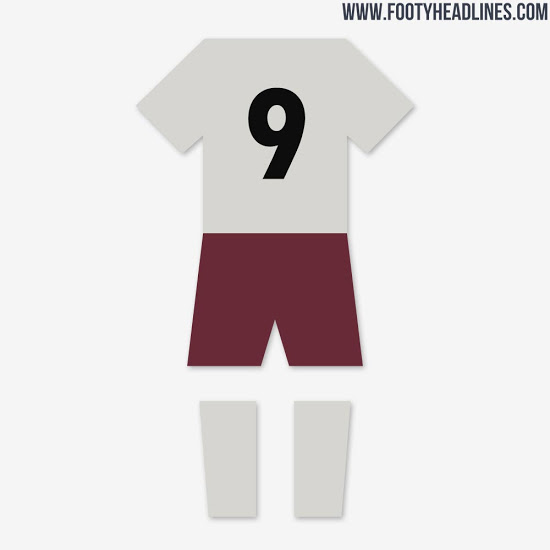 Footy Headlines: 'The Arsenal 2020-21 away shirt will be predominantly 'cloud white', which is a very light grey that will be perceived as white on the pitch. Maroon shorts and cloud white socks will round off the look of the new Arsenal 20-21 away uniform by Adidas.'

Now I don't know about you, but I'm definitely picking up some 2007/08 away kit vibes. The one which Cesc Fabregas wore when he scored that fascinating goal in Milan, I still get goosebumps watching it today! I had that shirt at the time and I was a big fan of it, so i am very excited to see the upcoming one. The colours go well and it will be a nice change in my opinion.

I've seen a few people say that any of our kits should not be white, because it resembles that lot down the road. I personally have no problem with it at all. As long as it's not the same shade of white or it has any similar colours, they are two different kits completely.

Nevertheless, it's still a brave move by Adidas, bearing in mind we haven't had a white based shirt for about ten years, but it's a move which I'm sure will pay off. 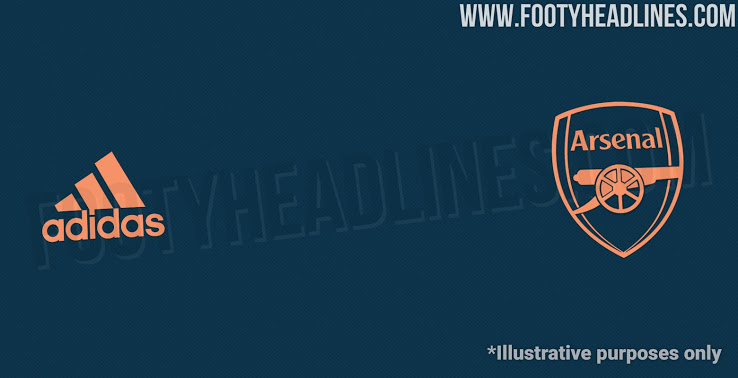 Compared to the Home and Away Kits, it seems Adidas are keeping things a bit more simple with the third shirt. In terms of the main colour, it won't be massively different from what we have had this season I suspect, but I am intrigued to see how it works with the orange, I think it will look quite cool and tidy. I must admit, I'm not as fussy when it comes to the third jersey, the home and away are the most important for me, but still, it's nice to have three good looking kits to choose from as a supporter.

Aside from the actual kit designs, there may also be a slight change to the 'Fly Emirates' logo on the shirts. Leaked pictures of next season's training gear has shown that the logo may now read 'Emirates Fly Better' as seen below. However, this change has not yet been confirmed and it may just apply to casual clothing products rather than the match-day kit. During the 2019/20 Emirates Cup, it appeared on Arsenal's shirt but has not been used since. 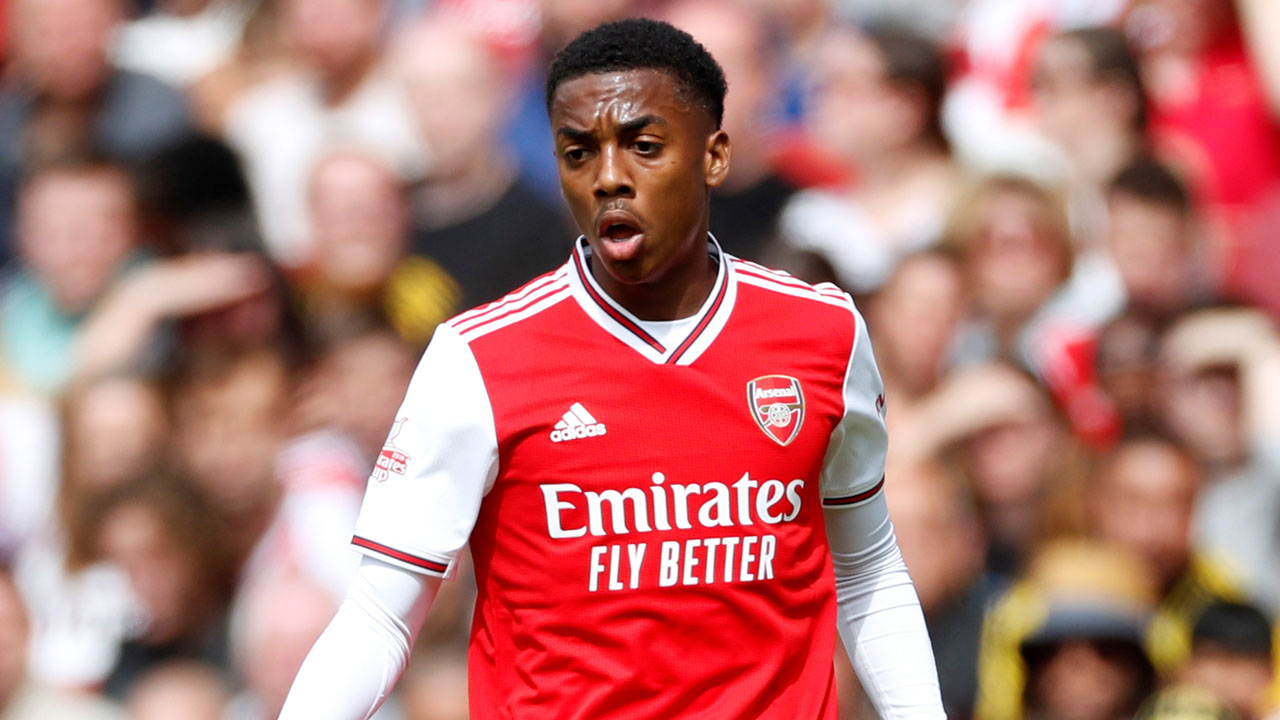 So there we have it, all of the latest information about next season's kits based on recent leaks. Overall, I'm really looking forward to seeing the final products and i'm confident Adidas will have another successful summer. Let me know what you think about the potential kits by commenting below or tweeting me at @cdavison_afc.