Vorskla 0-3 Arsenal: Behind the Numbers

Arsenal fielded a team of youngsters (balanced with oldsters) and skipped to a lovely 3-0 win. The match was played with almost no regular first team players, qualification was already (basically) secured, and the home side was playing 185 miles from home in a country that is still gripped by war. Normally, this wouldn't be an interesting Behind the Numbers but I noticed a few stats that deserved some highlighting.

Arsenal are ranked 16th in the Premier League in attempted dribbles with 12.6 and 12th in the League in dribbles won with 6.8. Even in the Europa League, Emery's men are instructed to pass more than dribble and averaged just 13.5 attempts per game with 9 successful dribbles. So, last night Arsenal nearly doubled their Premier League averages for dribbles and won 40% more dribbles than their previous four encounters.

Some of this is the "exuberance of youth". Nketiah went 5/6 dribbling and Willock was 4/7. But every player who attempted a dribbled won at least one, meaning that everyone was breaking Vorskla attempted tackles with some good footwork.

Another oddity by Arsenal in this Europa League campaign is that Emery's team aren't huge "tacklers". In Europa League play, the Gunners are 2nd to last in tackles per game with 15.5. This contrasts with their Premier League performances where they are ranked 7th most prolific tacklers with 25.8. 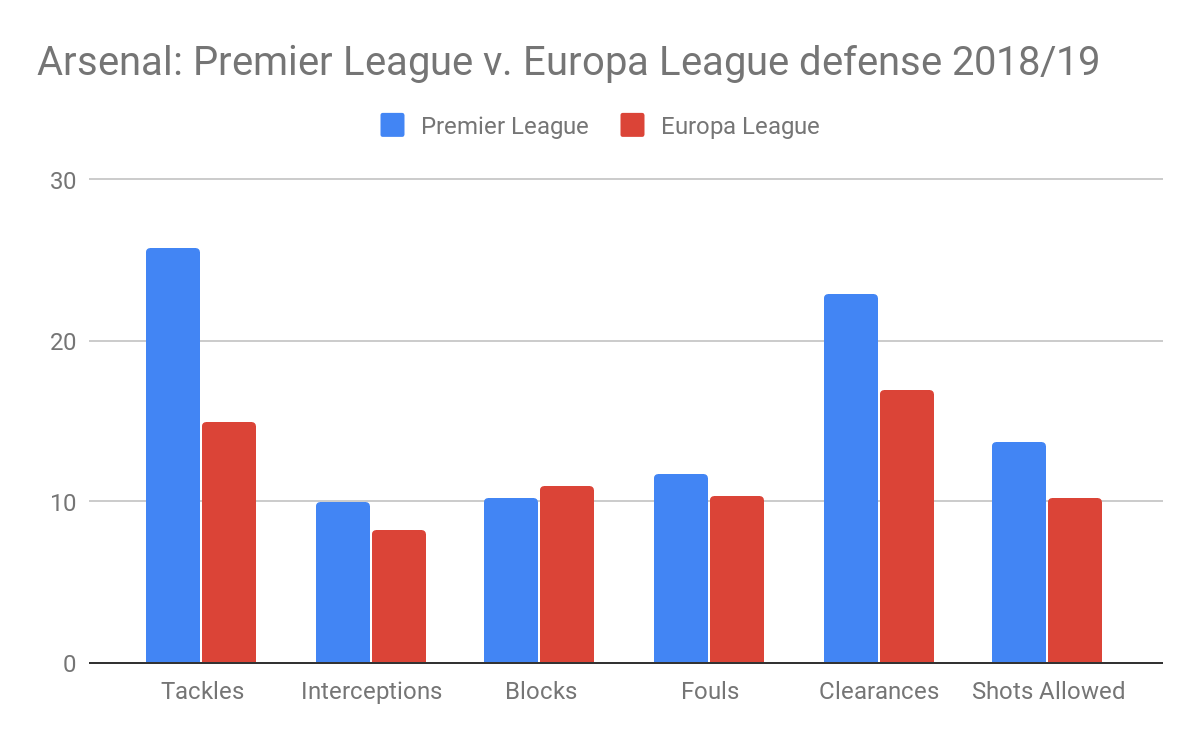 Back to tackles for a second, another odd thing popped up: Carl Jenkinson had 3 tackles against Vorskla yesterday and, unusually, all three were inside his own 18 yard box. He was the only (Arsenal) player to attempt a tackle inside the 18 and thankfully he won all three. Hopefully he maintains this perfect rate of tackles in the 18 yard box or, even better, we stop tackling in the 18 yard box all together.