Mikel Arteta - so far, so good

When Arteta was announced as Arsenal's new Head Coach, the fans were divided on the appointment, however, they were also intrigued to see how well he would do.

Eleven games after he walked through the door, I think it's now safe to say he's made a positive impact.

Before Mikel arrived, Arsenal were in complete disarray. The football was dire, the defence was leaking goals very heavily and the fans had lost faith in many, many people. The squad looked lost and it appeared that every single player didn't have a clue as to what the team plan was, the structure and the style in which we were seeing just simply wasn't working. We all knew that Mikel was walking into a right mess, he had some guts to make the move, that's for sure. I too was intrigued and excited to see what he had up his sleeve, although I was a tad nervous for him as well, I must admit. He's a very likeable guy, a former player for us as well, you just hoped that he would settle in perfectly. After all, it is his first ever managerial role.

The numbers say it themselves, there's been improvement...and it's just the beginning. Although the amount of draws isn't ideal, for me, that really shouldn't be a concern to us at this stage. The most important thing is the actual performances overall, I'm sure most of you will agree, they have been a lot better! When speaking about what he expects from his players, Arteta said that some things are "non-negotiable" and that he expected everyone to give 110% to the cause. I don't know about you, but i think that message got through to the squad fairly well.

First of all, the fact that we've only lost one game with Mikel says an awful lot. Under Unai, our defence was a shambles, anyone within our back line looked all over the place. You just knew that if we came under any bit of pressure, we would crumble rapidly, it was incredibly weak. Going into every game, I had no confidence in any of those defenders whatsoever, that was how vulnerable we had been. Now, it looks and feels so different that even Skhodran Mustafi is playing like prime Maldini, never did I think I would see the day! Joking aside though, both he and David Luiz have been brilliant and it's all credit to not only their hard work, but also Arteta and his coaching staff. I thought they were "uncoachable", Mr Neville?

We now seem able to stay calm when the opposition approach us, there's less panic, confusion and silly schoolboy errors. Everyone seems to know what to do and how to do it, playing with much higher tempo and pressure when without the ball. The backline appears to be more capable of staying strong as a unit, and the lads seem to be reading the game a little better, the shape and focus is there. Arsenal have conceded eight goals since the 21st of December, with the opponent scoring no more than two against them. 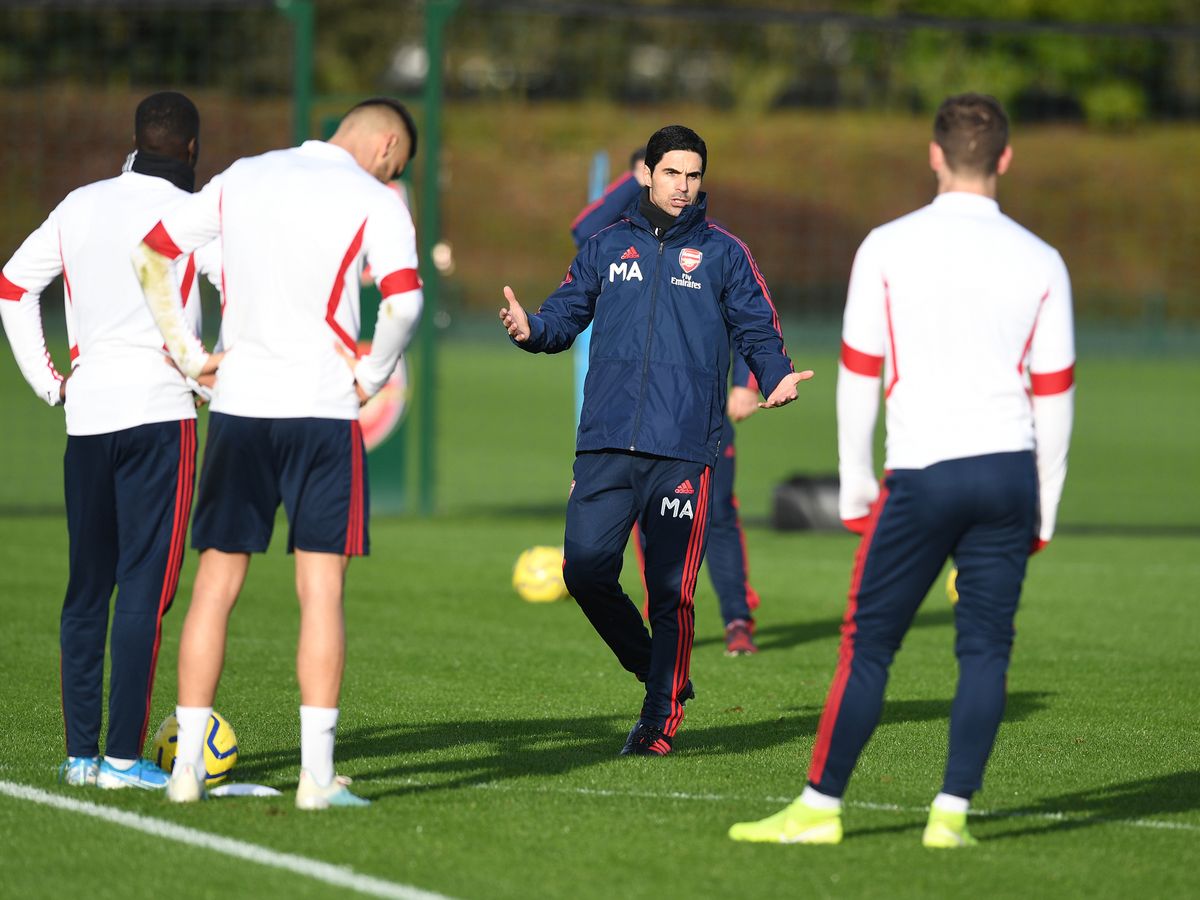 Don't get me wrong, there remains plenty to be done at the back and we've still seen one or two mistakes, but it's looking more soild each week and that's great. I honestly didn't think we'd see much of an improvement in that area so soon if I'm honest.

Aside from the defence, the whole team overall looks much more settled. Apart from maybe one or two individuals now and then, every player is putting in a decent shift and you can tell that there's a clearly laid out plan to use each match. Not only has the quality shown through more, but so has the teams raised spirits. The camp seems much happier and Arteta has kept the squad focused on getting better as the days pass.

Speaking to Arsenal.com during the winter break, Hector Bellerin touched on the positive impact in which Arteta has made:

"Mikel has always been very tactical in his work and in his whole life, he’s very professional with very clear ideas. It’s very early doors. Mikel has a new philosophy and the way he has implemented it in the last few games that we’ve played, there’s been a big change."

Meanwhile, exciting prospect Bukayo Saka has also been full of praise for his boss. Speaking to Arsenal.com, the youngster said:

"He's someone who understands the players, understands the club and all the ideas that he's bringing in. He has a clear strategy of how he wants us to play and we're just really excited to work with him. He's teaching us little things that we didn't know before and just bringing in his own strategies, his own ways of playing. We can see that it's going to work, we're just looking forward to doing it. He has his own way, his own philosophy and he's even talked about bringing his own philosophy to the club, to try to bring the club back to the direction we need to be in."

So there you have it, it seems that we aren't the only one's noticing change, but the players are too and that's all you can ask for right now. There's still a long way to go if we want to get back to the very top, I'm sure there will still be quite a few bumpy roads ahead too. However, at least we are back on the right track for now, the confidence is starting to reappear once more.

Our new Head Coach has provided us with encouragement, there's a sense of promise and optimism. Trust the process, one step at a time. I for one, cannot wait to see how far Mikel Arteta is able to take this Arsenal team.