Man City 3-1 Arsenal: Behind the Numbers

58.5 - Inaccurate short passes per game (5th fewest in the League)

16.1 - Inaccurate long passes per game (fewest in the League)

2.8 - Key passes off crosses per game 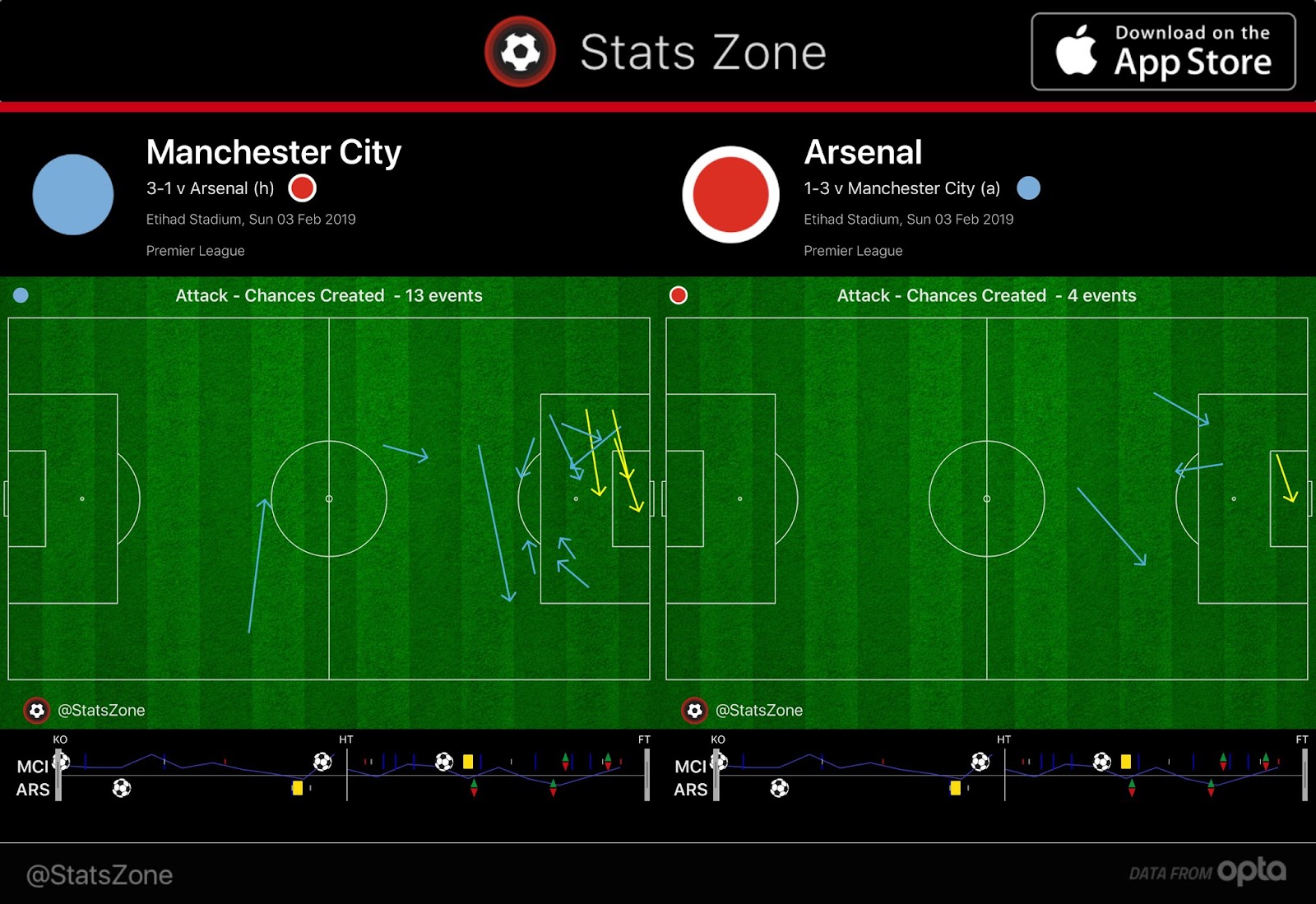 8 - Key passes in the Arsenal box

3 - Assists off those 6 key passes

Conclusion: Arsenal offered very little resistance to a Manchester City side who have the League’s best home record. City didn’t pass the ball as gracefully as they would have liked (below average) but were able to dribble almost at will against the Arsenal back line and midfield. Especially damning were Sterling’s 5/5 dribbles, de Bruyne’s 4 of 5 and Silva’s 3 for 5. Their successful dribble pattern looked like this: 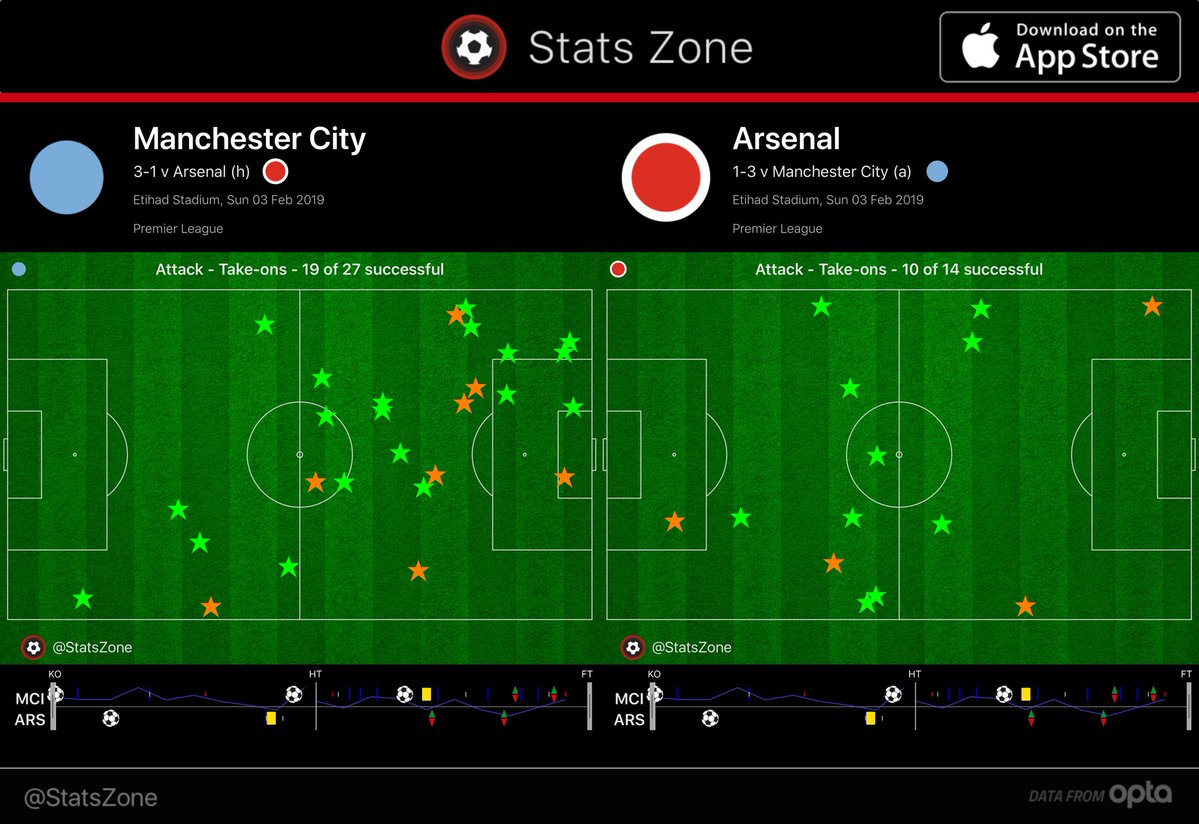 On the right, it was Iwobi who was particularly poor, losing all 4 of his attempted tackles in front of the ageing Lich. Lich was ok, winning 2 of 4, but he was directly at fault for the 2nd goal when he literally ran away from Sterling in the 1-2 pass set up. In midfield, where de Bruyne just ran around Arsenal, Torreira had his worst game in an Arsenal shirt winning just 1 of 6 attempted tackles. Guendouzi may have tied him in ball recovery stats (both had 9) but has gone soft on tackles lately, and yesterday won just 1 of 2 attempts.

All combined Arsenal didn't offer enough resistance to City's passing, didn't press, didn't win enough duels, and the experienced players like Lichtsteiner really let the team down. The result was Arsenal taking just 4 shots, City getting 19 shots, and City allowed to take 12 shots on target. As low as I set my #expectations before the game, I didn't expect this poor of a performance.

Emery has still never beaten Pep Guardiola. Guardiola is a master tactician and always has the best teams but Emery’s one of just two managers who have played at least 8 matches against Pep and never won. Klopp has one of the only positive records against Pep, he’s won 8/16 matches and has a +2 Goal Difference against Guardiola. Emery joins Joaquin Caparros as the only managers to face Pep at least 8 times and not get a win. Even Pochettino has two wins against Guardiola, both with small clubs, Espanyol and Tottenham. Emery is now 0-4-8 against Pep, conceding 27 and scoring 8 (-19 goal diff).