It just seems like yesterday when Lucas Torreira scored that iconic 4th goal in the North London derby and celebrated by taking his shirt off, making the whole Emirates stadium shake as though an 8.5 magnitude earthquake struck Ashburton Grove. 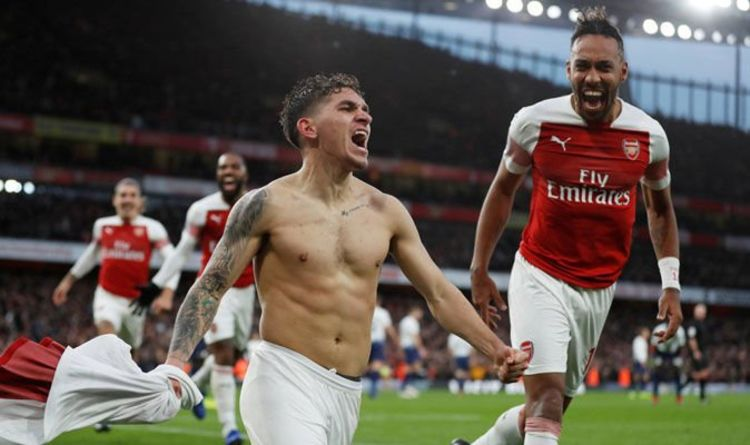 In his first few months as an Arsenal player, Torreira showed what we have missed for a long time - that bite and tenacity in midfield, coupled with good technical quality. He became a fan favorite with his attitude on the pitch and his obsession for fighting every duel to win the ball back for his side.

His performance levels took a dip since January for a multitude of reasons. One reason for this were his injury concerns. Those little niggles prevented him from having the sort of impact we know he can have. And his inconsistent form carried on till the end of the season and into the Europa league final, in a night which ended in tears as he was run over in the middle, leading to a crushing 4-1 defeat to Chelsea. What started off as a promising season for Torreira, ended on a sad note.

This season, he arrived late into our squad due to the Copa America. Unai Emery had a change of role for him - He was utilized in a more box to box role, sometimes playing almost as a second striker to try and help us win the ball high up the pitch. A good example of this is the game against Manchester United. However, he proved to be quite ineffective in that role. The key reason being, once he won the ball back, he wouldn't be progressive enough with his passing. He tended to always choose the safe option.

Torreira has good technical quality, but he doesn't have the offensive instinct to the level of someone with similar attributes like N'golo Kante who is more at ease when it comes to playing a final ball or making a forward dart to finish. Sure, Torreira has scored a couple of great goals like this, but it isn't something he is capable of doing consistently. Eventually he was dropped from the side, as Emery persisted with the exciting Matteo Guendouzi. 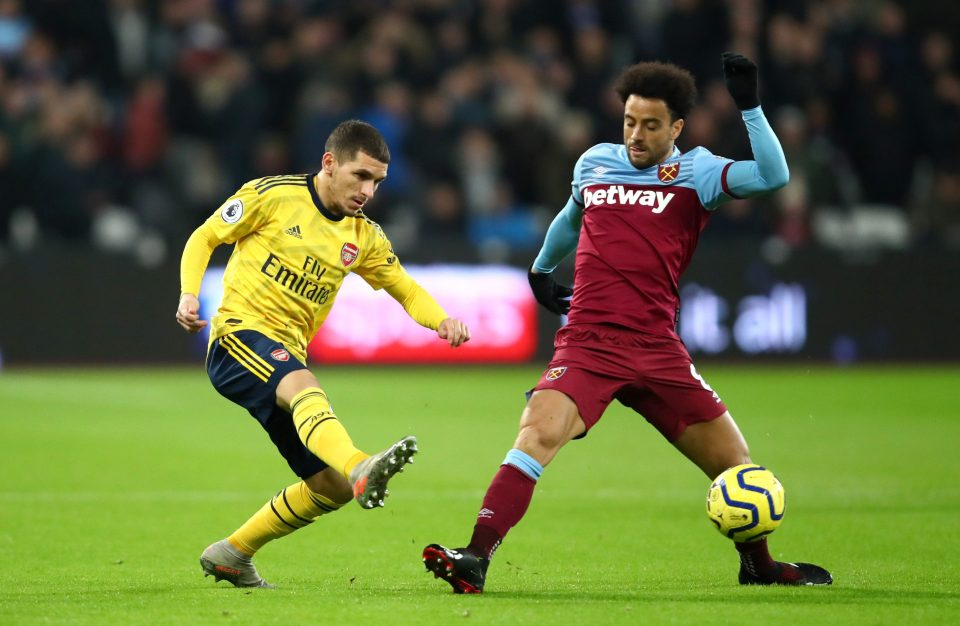 Lucas Torreira in action against West Ham showing what he can do when utilized deeper. IMAGE: Getty

When Freddie Ljungberg became interim head coach, he brought Torreira back into his favored anchorman role where he excelled in terms of breaking up attacks and keeping the play ticking. This was carried on by Mikel Arteta. He was terrific for the first 3/4 Premier league games under Arteta.

However, after a couple of sub-standard displays, he lost his place to Matteo Guendouzi when Arsenal traveled away to Burnley. Everyone thought Torreira would get his place in the side back after Guendouzi's shocker at Turf Moor, but what transpired the next game against Newcastle, was Dani Ceballos getting the nod instead and that has since carried on. Even in the crunch game against Olympiakos that we bottled, Torreira was overlooked by Arteta. Ceballos, whilst not being as good as Torreira defensively is a consistent progressive passer. He has helped us break the lines with ease and find Mesut Ozil or another forward runner.

Torreira can sometimes fall over too easily - An example of this would be when Jorginho scored at the Emirates to equalize. He can get bullied by a physically imposing midfielder. He also tends to play one safe pass too many. He doesn't get his head up often enough to try and break the lines. He plays well within his limitations, but those very limitations have come back to haunt him many a time.

Arteta is trying to build a progressive system at Arsenal, where players take risks and are having a more front foot approach. I don't want to take anything away from Torreira, I think he's a very good player - But if we can bring in a physically imposing midfielder such as Partey or Diawara, who not only have Torreira's defensive nous, but also a presence about them and are more progressive passers, I cannot see Torreira getting too much game time. He is a player that always wants to play, as evidenced by his agent using the media to get that message across back during November when Emery had him on the sidelines.

Assuming we don't sign Ceballos which is looking more and more likely, we would have a midfield comprising of 3 build-up players

Arteta has gone out of his way to make Xhaka stay as he understands how important the player is to his plans. Guendouzi is the best young central midfield talent at the club. That leaves us with Torreira. The Athletic reported Thomas Partey was desperate to join Arsenal last season and the reason the move did not materialize was because Arsenal couldn't cough up enough straight cash. That tells you Arsenal were looking to bring in a midfielder of that profile in.

With Torreira looking increasingly out of favor, with Milan and Napoli reported to be interested, also coupled by the player's desire for regular game time - a move away from Arsenal looks to be on the cards. I don't think Arsenal will actively look to sell him as he is a valuable squad player - what I think will be the tipping point is his own desire to leave the club as a result of no guaranteed play time and the need to fight for places with players who have more natural talent than him.