Cry Pal 2-2 Arsenal: Behind the Numbers

Xhaka scored a direct free kick (DFK) today against Palace. It was just the second DFK goal of his Arsenal career (in League play). Looking at those stats Xhaka seems like almost a shoo-in for a goal from free kicks. He’s scored 2/14 direct free kicks in League play for Arsenal over the last three years, which is a 14% conversion rate, beating the odds by almost double. However, I will caution declaring him a DFK “specialist”. Two goals in 14 events is a tiny sample. And over the last five years he has just 2 goals in 24 DFK attempts, which is a much more normal 8% conversion. 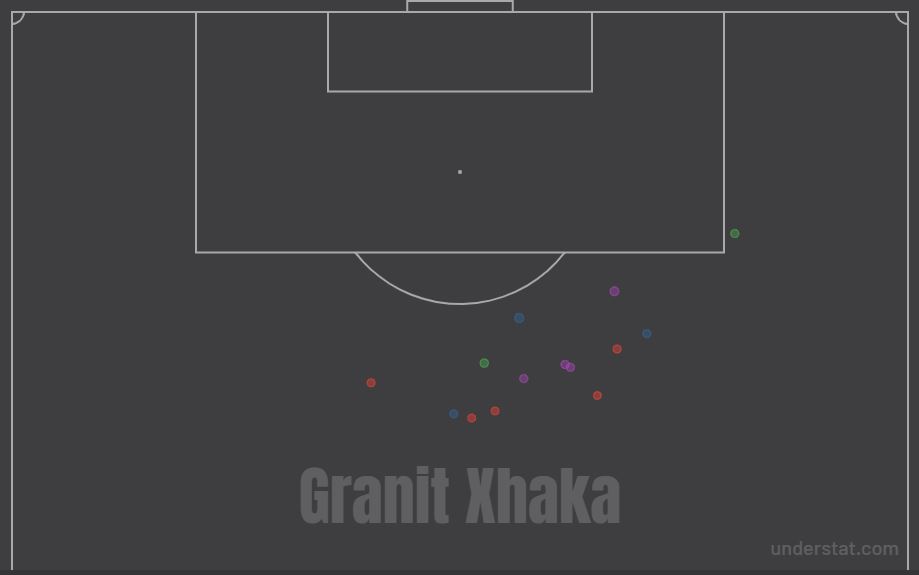 As I have said time and again, the percent chances (xG) aren’t meant to be used as a bludgeon but rather as a guide. Xhaka’s goal today carried an xG of just 5%. And if you’ve ever played the game you know how difficult it is to put a shot like that on a postage stamp like he did. So, when I see “xG of 0.05” I don’t think “lucky” I think “what a goal!”

It is possible that Emery has seen something in Xhaka’s DFK technique which he could improve on. All of Xhaka’s League goals from DFK situations have come this season and he’s 2 for 5, that’s 40% finishing. That’s what we normally see from big chances in the 18 yard box! With stats that high I have a feeling that he’s going to “overperform” average in this category this season: he could miss his next 23 shots from DFKs and still get 7% finishing on the season. Which is entirely possible. He missed his previous 19 attempts. .

Arsenal also showed extraordinarily sloppy touch as well, losing possession from bad touch 17 times. Again, almost every player was guilty, save the back five and Özil. The total possession loss was 33 times, the most of any match this season for Arsenal.

Palace pressed Arsenal throughout the entire first half but after the break, Arsenal came out much more the aggressor and out-tackled Palace 18-8 and won possession 17-8 between the 46th and 75th minute.

But it was a low block defensive guard rather than pressing high up the pitch for Arsenal. 15/18 tackles in that period (46th to 75th minute) were in our own half. 4 of those tackles were by Xhaka, 5 by Guendouzi. Those two players were attacked by Wan-Bissaka who attempted an incredible 6 dribbles in that period. Hodgson decided to attack Xhaka and it paid off when he fouled Zaha.

One fact about stats that you might not know: Xhaka was 4/4 in tackles in this match. You might think he should be 4 for 5 with one failed tackle for a penalty but Opta scores fouls as fouls. So, he didn’t get a tackle attempt there. Neither did Mustafi. Technically Mustafi and Xhaka won 7 of 8 tackles in this match.

Torreira only had 5 bad passes, none in his own third. But he lost possession 4 times, twice in his own half and once right on the edge of the box.

These numbers would be OK if they were all in the attacking half but both players combined for just 18 attempted passes in the Palace final third. Torreira was 4 for 6 and Guendouzi 9 for 12. Neither player created a shot.

As an aside, Iwobi lost possession 9 times, was 22/32 passes, won just 1 of 3 dribbles and also had zero key passes.

Ozil completed 33/37 passes, and had one of Arsenal’s three total key passes in this match.

Once again, Arsenal scored more goals than expected goals would predict. Most of that is down to Granit Xhaka’s free kick which carried just 0.05 xG value. But also, Arsenal’s xG was super low because they only created 6 total shots in 90 minutes of football. 0.44 of Arsenal’s total xG came from Aubameyang’s goal.

But Palace also didn’t create much apart from the penalties. If we remove their 1.52 xG off their two pens they only created 0.59 xG off 14 shots. Without the pens, they created zero big chances in this match.

7 - Goals scored by Aubemayang off 19 total shots, 10 of which have been on target.

It’s early in the season but one of the reasons why Arsenal are scoring more goals than expected is the form of Aubameyang. 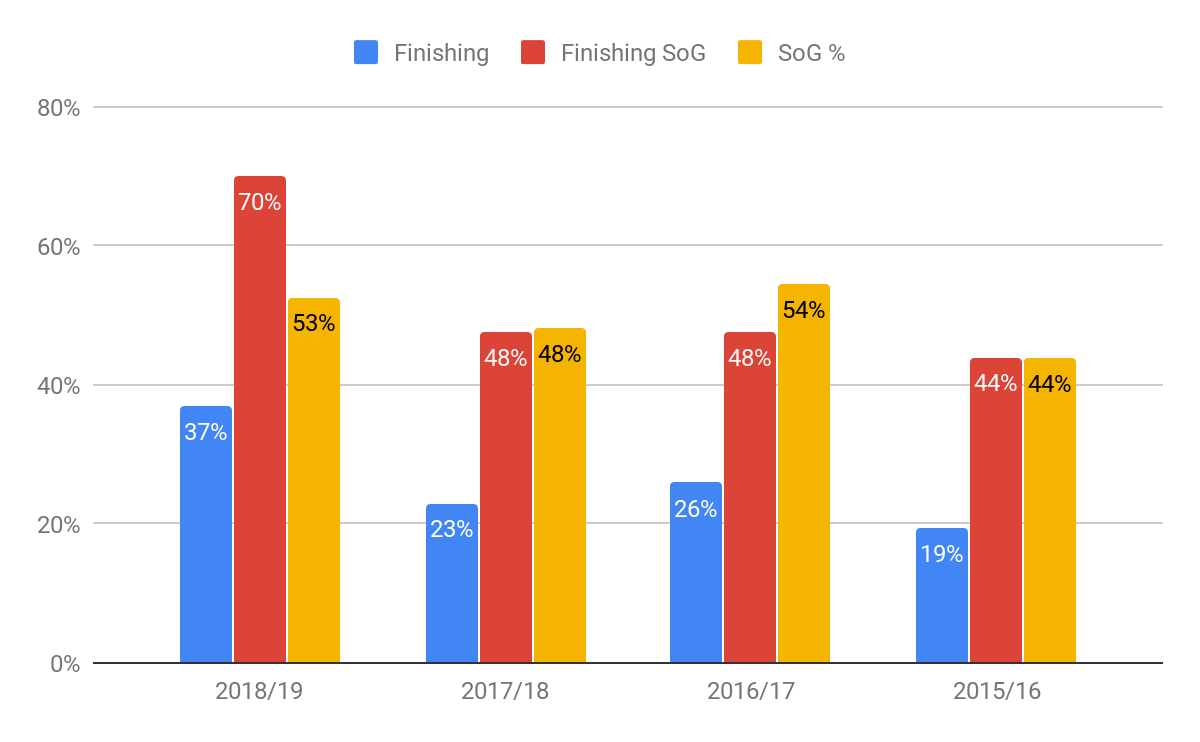 Auba is scoring 70% of his shots on target this season, 37% of his overall shots, and he’s getting 53% of his shots on target. Obviously, this is a small sample size but he’s shown form for playing like this in the past. He is +3 over xG this season and I do expect a correction but he is in the kind of form that saw him score 29 non-penalty league goals for BvB in 2016/17.