Could Aaron Ramsey Return for Arsenal's Game Against Man City? 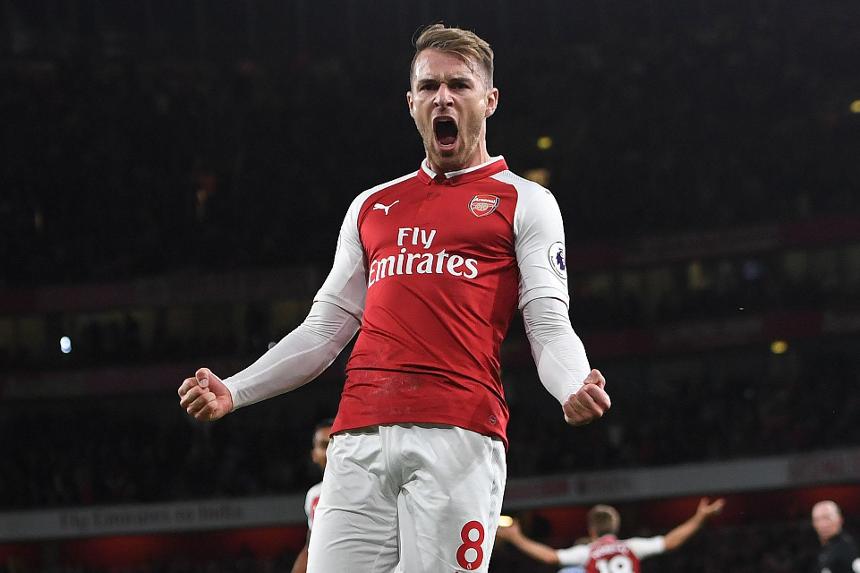 The world as we know it is no more. Well, for the time being at least.
Lockdown measures may be easing somewhat but, let’s face it, life is going to be different for a while yet.

Covid-19 and the lockdown that it brought with it means that we don’t know when, if ever, our lives will go back to what we know as normal.

You’ve seen evidence of this everywhere you look.

Shops, pubs, restaurants and businesses closed on every street, queueing and social distancing measures for those that were still operating.
The number of joggers on our streets has increased by millions overnight, with hideously overgrown barnets and beards flying about all over the shop.

Drinking in the park instead of the pub is now the norm, rather than being reserved for teenagers, pissheads and hipsters with their shitty little barbecues on a summer afternoon.

Not one person on the planet is the same weight now as they were before lockdown. You’ve either lost a couple of stone or you’re one more furlough extension away from an appearance on My 600-lb Life.

Every day we learn of ways that people have changed their living habits during lockdown. Some have learned to cook, some have begun to exercise more, Alan Sugar has become thicker than thicker by the day, Ray Parlour has learnt get pissed without Alan Brazil, Harry Kane’s grown a pair of tits, and politicians have found even more elaborate ways to lie to us all.
Oh, and I’ve learned to press the button at a pedestrian crossing with my feet.

And Piers Morgan is still a complete c**t. Some things will never change.

The thing is, I don’t know about you, but I’ve pretty much got used to this new way of life. I’m not sure I can even remember what I did before this all happened.
I can’t remember going to the supermarket without wearing gloves and queuing outside first, then doing my best to avoid that one inevitable idiot that thinks just because they’re wearing a mask and disposable gloves, it makes it okay to more or less mount you in order to reach for a bag of Maris Pipers.

I can’t remember what it feels like to get dressed and go to work.

I can’t remember what the inside of a pub looks like (okay, that may be a slight exaggeration, but you get my drift.)

I certainly can’t remember what the inside of a barbers looks like.

I can’t even remember what it feels like to walk down the street without being “alert.”

Most worryingly of all, I’m starting to forget what it’s like to watch a game of football. Well, not one that hasn’t already happened, that I already know the result of, and that ended with us lifting a trophy. Come to think of it, that would be a great way to watch football wouldn’t it?
“Coming to the boozer to watch us get well and truly dicked by Chelsea in the Europa League final tonight?”
“Nah, you’re alright, lads, think I’ll stay in and watch the box set of Peep Show again….”

While we’re all going about our locked down, socially distanced lives, I think it’s only fair that if football wants to re-enter our lives then the time has come where, to an extent anyway, that I think football should have to live by the same rules as the rest of us.
If I’m not allowed to go out and drink with twenty one other people that I don’t live with, then every player from every club in the country should have to move in together for a month before they can start playing with and against each other again.
Try being locked indoors for weeks with people that don’t really like you that much and maybe you’ll see how those of us with teenagers have felt since March, lads!

I don’t want to seem too harsh on footballers, nobody accepts the fact that they are people too more than I do, but I know people who haven’t seen their family for the last couple of months without having to partake in a f*****g quiz in the process.

As I write, it’s just been announced by the BBC that the Premier League will resume on June 17th, with The Arsenal going to Man City. (Shit, I really had forgotten that was due to be our next game before lockdown as well.)
This week, the Arsenal players resumed training. Safe, socially distanced training. We even saw a pic of the gaffer somehow managing to make a face-mask look cool. What a lad.

Looking at the size of Martinelli’s arms now, he’s obviously taken advantage of the Nike Training app being available for free, and gone straight to the “intermediate, full equipment required” category.

I was hoping that the players would return with hair as bad as the rest of us. Aubameyang duly obliged, emerging from lockdown looking like…. well …. looking like this. 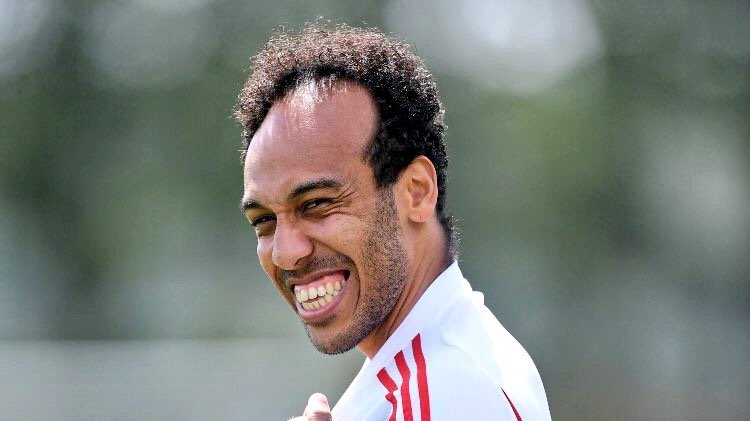 For a moment, I thought we had signed Bubbles from The Wire during lockdown without announcing it.

This, along with what I said earlier about not remembering “pre-lockdown” times, gave me an idea. You should understand that my thought process leads me to some strange ideas as it is, but with no actual football to write about, even my thought process can reach new levels.
So, here’s how I got to thinking…..

You know when you go back to work, and you’ve not had your hair cut for months, you’re bound to at least get that one dickhead (probably a bald one) remarking something like “I see you’ve not had a trim during lockdown!!!” or something unoriginal and unfunny along those lines. Now, the way my brain works, I’m likely to reply instantly with “nah mate, it was always like this, don’t you remember?” Then walk away whispering “bald c**t” to myself.

My aforementioned thought process then took me to imagining how we could utilise this for the benefit of Arsenal Football Club.
Then, it struck me….

Imagine the look on Guardiola’s mush when he sees the team sheet.

“What are you doing here?”

I feel I should apologise here for the Clickbait-worthy title of this piece (someone really ought to write a book about that kind of thing….) Everyone's at it these days, so I thought "if you can't beat them...."
Call it a social experiment.
The thing is people will want to believe anything they can if it’s good news these days.
On the flip side, some people will argue that black is white until the cows come home.

Quite often, that smallest glimmer of hope can be the most important thing in the world to one person, and the most irritating thing in the world to another.
Take that Professor Karol fella on Twitter, for example.
At the beginning of all of this, his positive outlook on what the world is going through, even when thousands upon thousands were sadly losing their lives, was a source of comfort for so many people, myself included. Now, he’s becoming a bit of a pain in the arse, ain’t he?

That may also be slightly harsh. If he’s helping people by bringing them that glimmer of hope, then it can only be good for their mental state. On the other hand, many are of the opinion that he’s been spreading false hope and that he’s maybe “a bit dodgy.”

Ah, a dividing figure. We Arsenal fans love one of those don’t we?

If we can’t bring Ramsey back, perhaps we could get the Prof involved at The Arsenal somehow?

“So, Professor, 8-0 down and down to nine men, at home to Tottenham Hotspur, who will secure the Premier League title with three points today. How do you raise your team at half-time?”

“Well, at least he sent Mustafi off, Geoff….” 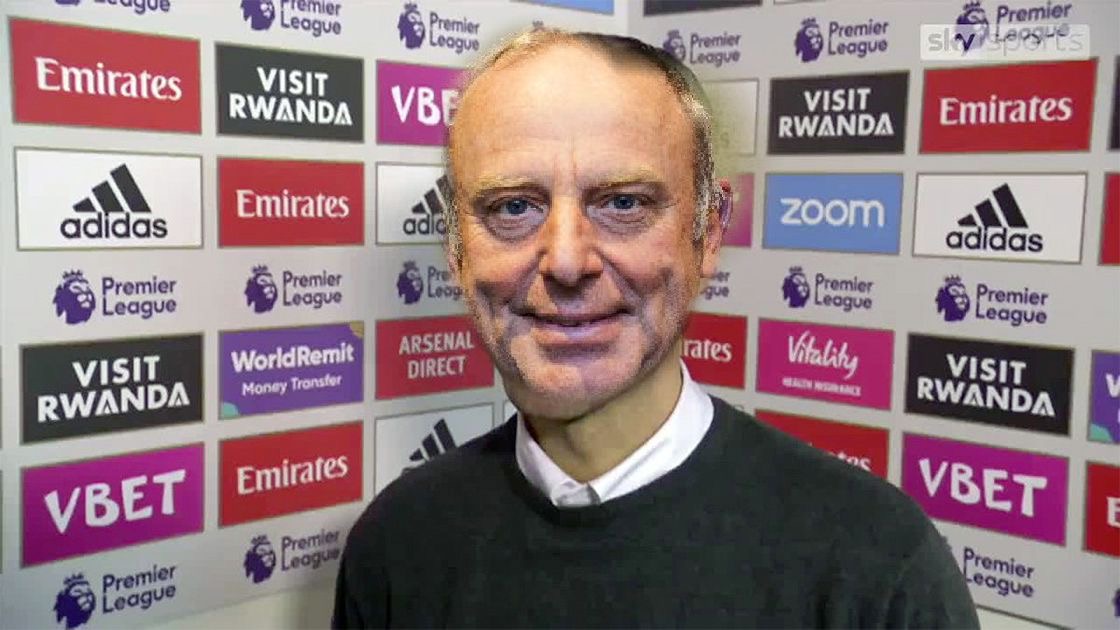