Last season Warnock’s men topped the League Championship in shots in the 6 yard box with 1.4 per game. And they were 2nd in shots in the penalty area with 7.8. If you’ve followed me for any length of time you’ll probably already see where this is going: they were also first in the division in key passes off free kicks (0.8 per game) and also added another shot per game (nearly) off corners (0.8). Cardiff, it seems, live or die by set plays.

They weren’t super efficient at getting a lot of free kicks, corners, and crosses but they were good at converting chances from crosses: 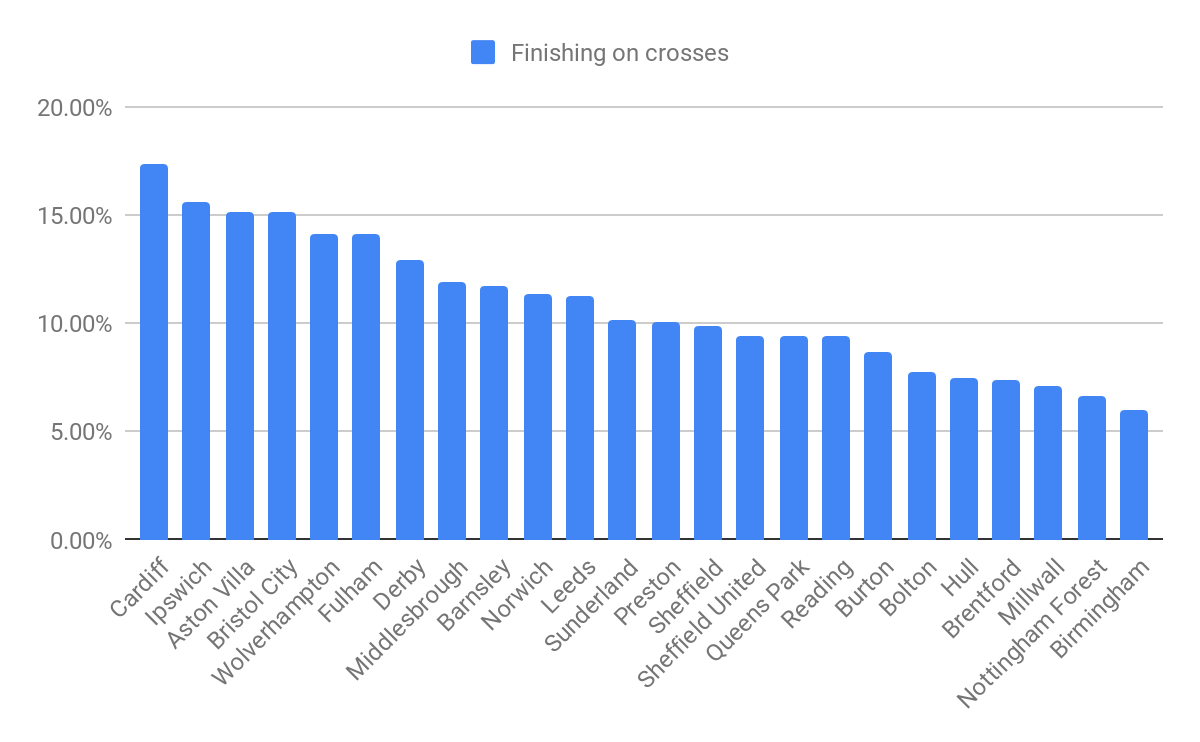 So, they are dangerous when they connect on a cross. But they aren’t especially efficient when converting chances *directly* from corners or free kicks. If we keep the sheet sorted by cross finishing percent, Cardiff were just around 18% finishing from corners and free kicks combined (far left): 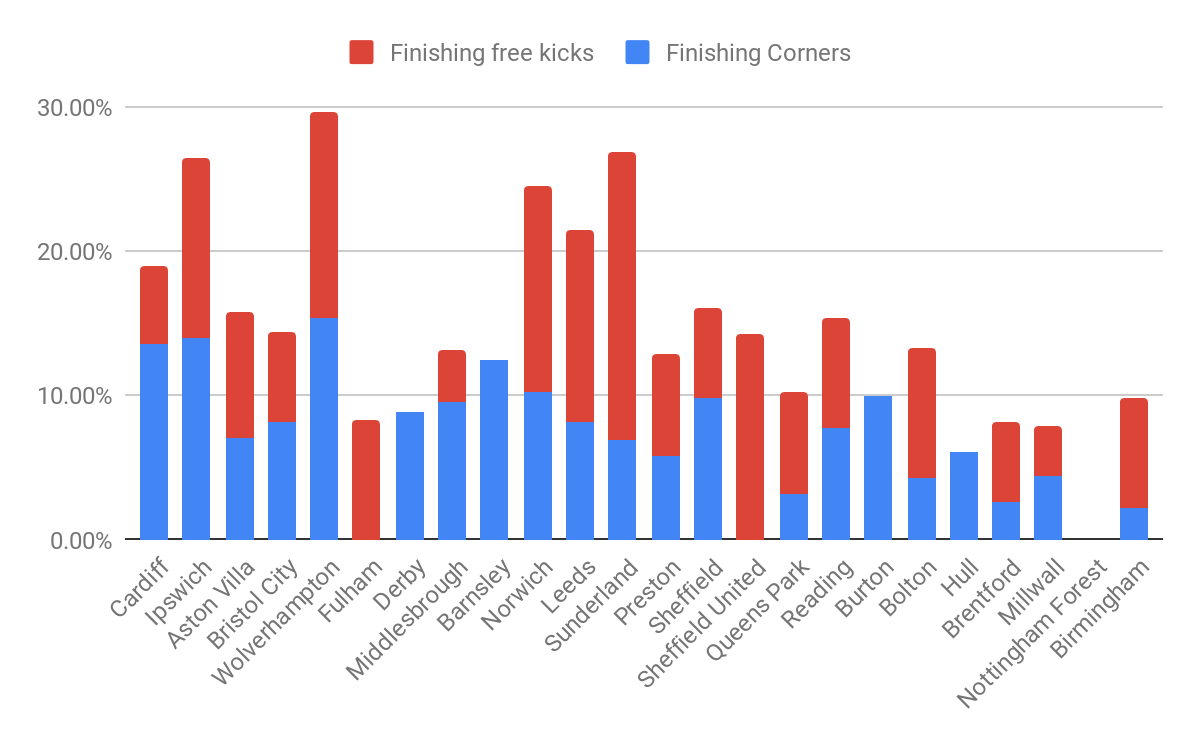 Looking further into the stats we see that Warnock’s team scored the most goals in the League off set plays (21) and that these goals accounted for ⅓ of their total offensive output. But they only had 2 assists from free kicks and 5 assists off corners. That means Warnock’s men converted 14 additional set play chances without a direct assist, 10 of those were non-penalty goals. In order words, they get a LOT of “goalmouth scramble” goals.

38% of their total shots came off set plays, 243 total shots! Almost 6 set-play shots PER GAME. That’s more than any other team in the Championship last season.

They don’t get a lot of chances, they don’t create a ton of shots, but when they get a set play, you can expect a lot of shielding the keeper, shoving defenders over, stepping on toes, and general ugliness.

The other thing Cardiff do a lot of is fouls. They were second in the Championship in fouls with 643. They were, however, 12th in the league in yellow cards and only had 1 red card. They got away with a lot of fouls because it’s their forwards who were the most fouly of their players. Junior Hoilett and Kenneth Zohore lead Cardiff in total fouls with 113 (58 and 55 respectively). Zohore is a handful at 189cm and 92kg and has doubled down on his record from last season. He averaged just 1.5 foul per game last season and has already picked up 7 in his first two matches this season. Harry Arter is also running around kicking people this season and already has 2 yellow cards.

This season they have created 36 shots and 9 shots off set pieces (25%). They haven’t scored any goals… yet. This is a home game for Cardiff and I expect them to physically challenge Arsenal - winning set plays by falling over easily in midfield, then trying to push Arsenal around on the ensuing set play. I also expect them to foul Arsenal in midfield in order to break up any momentum should we try to pass around from the back. Arsenal should have enough attack to win this match but will certainly come away from it knowing that they have been in a match.